And now, little man, I give the watch to you 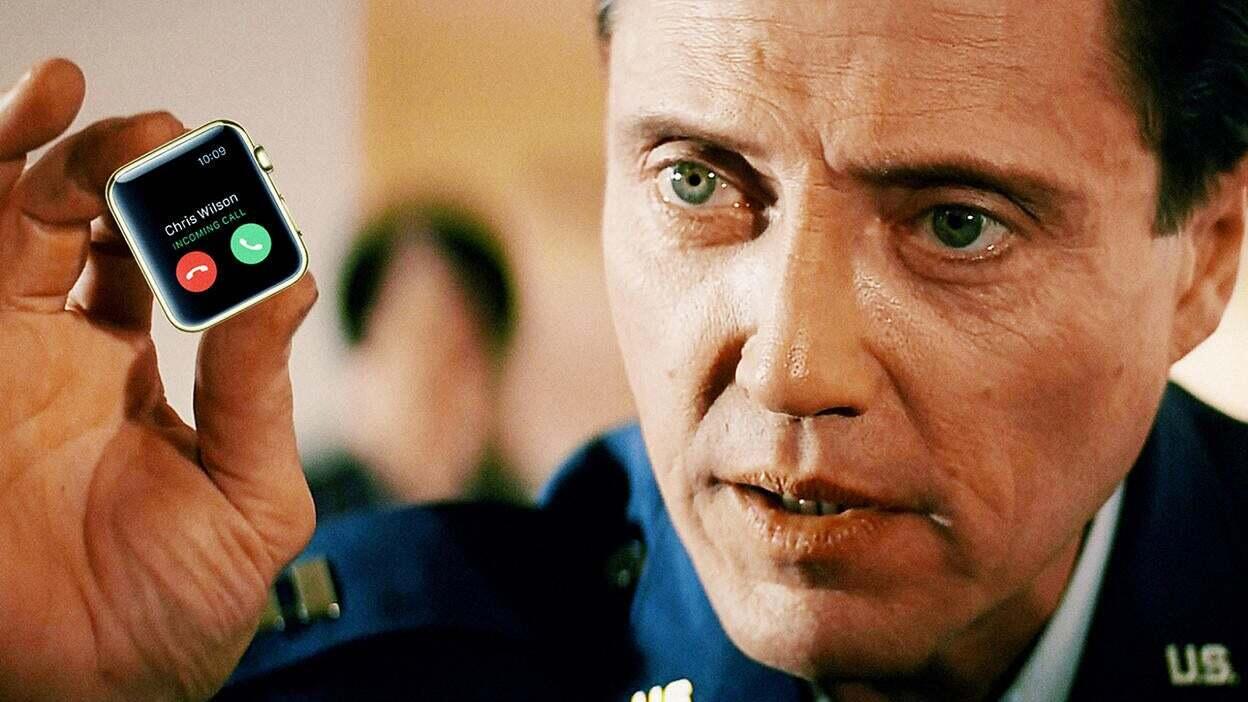 Did you get an Apple Watch yet? I didn’t, and likely won’t. And no, I’m not some technophobe or Apple-hater. Rather, I started WPP’s first Internet of Things agency. I am a designer, hacker and tech enthusiast. I even have an iPhone. Heck, if you want to talk "old school” geek (because 2013 was forever ago), I bought a Pebble Watch the minute it hit shelves.

I didn’t just buy it—I sported it. I loved that little thing. I had never been much of a "watch guy," but when I saw the retro LCD display in a Best Buy kiosk as I trekked from one random airport to another, I suddenly found myself yelling, “TAKE MY MONEY!”

I had found my nerd sigil: the SMARTWATCH! The whole thing was kind of Get-Smart-70’s-high-tech awesome and I loved that a little piece of the future I imagined as a child was actually in my life. Actually on my wrist. For the next few days I cheekily glanced at it like a Cold War spy every time it buzzed on my arm.

At this point, you’re probably thinking, “Hold up. You have a Pebble and you aren’t getting an Apple Watch?"

I don’t actually have my Pebble anymore. I threw it away. In perfect working condition. I walked up to a NYC trash can and tossed it in. OK, so now you’ve probably moved on to thinking I’m a crazy person; but I can assure you, it was the sanest move I’ve made in a long time. It’s why this story isn’t about technology. It’s about humanity.

I was in the heart of the Advertising World—Madison and Lexington—walking down the sidewalk with a reporter. We were talking about the future of the digital interaction, specifically the Internet of Things. As we strolled lockstep with the endless herds of copywriters, creative directors and account people (it was all extremely New Yorky) I’m serially glancing sideways at my new ubergeek watch (probably making sure whatever project I was working on wasn’t imploding, or exploding, or any kind of ploding, as projects have a tendency to do). Eventually we get to this killer Pho place and I suggest we grab a tea, maybe some soup, I was getting hungry.

Without batting an eye he says, “Look, I don’t want to keep you—you obviously need to be somewhere.” He was annoyed. Yup, I’m with a reporter from one of the most influential publications on the planet Earth… and he is pissed at me. Uhhhhhh, oops?

I immediately rolled over and started acting confused, with a generous dash of terror. “Wh-what do you mean?” My brow inadvertently furrowed, face getting redder by the second. “I’ve got all day if you do!” I had indeed blocked off 3 hours for this interview—just in case.

An incredulous look crept across his face. “Well, you’ve been staring at your watch the entire time we’ve been walking, and I just figured you were late for something more important.”

“PEEEEBBBBLLLLEEEE!!!!!!!!!!!” I screamed inside. It was the damn watch. I was so enamored with this gadget that I had completely alienated someone I actually cared about. I looked at the reporter. I looked at my watch. Without saying a word, I unstrapped the Pebble, walked over to the trash can, and dropped it in. I then opened the door to the restaurant and motioned the smiling reporter inside.

We thought of some teenager in the distant future, completely living his life through an almost imperceptible merging of reality and the virtual. We talked about how tech could (and likely will) change us in ways that we won’t like and don’t want but are somewhat powerless to influence on a broad scale.

The example I cited with the watch is important in that it points to another factor in play. It relates to our ongoing transition as a species—the last 500,000 years or so. As we’ve ascended from “cavemen” to “Man Caves,” we developed a few habits along the way. Art, language, society, to name a few. You know, as humans, it’s “how we do.” When technological advances are presented in our lives, we don’t just adopt and evolve. We skeptically sniff around, and maybe, just maybe someday we might find a way to make use of an advance—as evidenced by the bazillions of inventions that didn’t “change the world.”

It’s this push and pull, past and future, that molds each generation of subsequent earthlings. Our generation has found itself in an ultra-looney transformative period in history. One in which we’re essentially changing from man to something else entirely. Sure, it’s early, but we can see it. I don’t mean like the fat dudes in Wall-e or the terminally stupid dopes in Idiocracy or even the coppertops plugged into the Matrix—we’re becoming more connected. Hive-humans.

The watch I was wearing—even though it was designed to further connect me—did the opposite. Perhaps because of 100+ years of social training. It destroyed a social convention and undercut possibly the most important reason for having all this stuff: so we can be together more.

If you take a look at even more disruptive technologies coming our way (like Virtual Reality), we again find ourselves clicking up the first hill on the rollercoaster of innovation. Thankfully, people are a lot smarter, considerate, and traditional than we like to think we are.

Chris Milk, the famous Interactive Media Creator, recently said in a TED conference, "Virtual Reality is an empathy machine.” It will not divide us. It will connect us. That said—just like the watch—the devil is in the details. Just because tech is cool doesn't mean people will incorporate it into our evolution as a species. We’re actually a lot more selective than that.

How am I so sure? Well, there’s the fact that I’m not buying an Apple Watch—so I never have to make someone feel like they aren’t important enough for me again.