How an open office slows you down 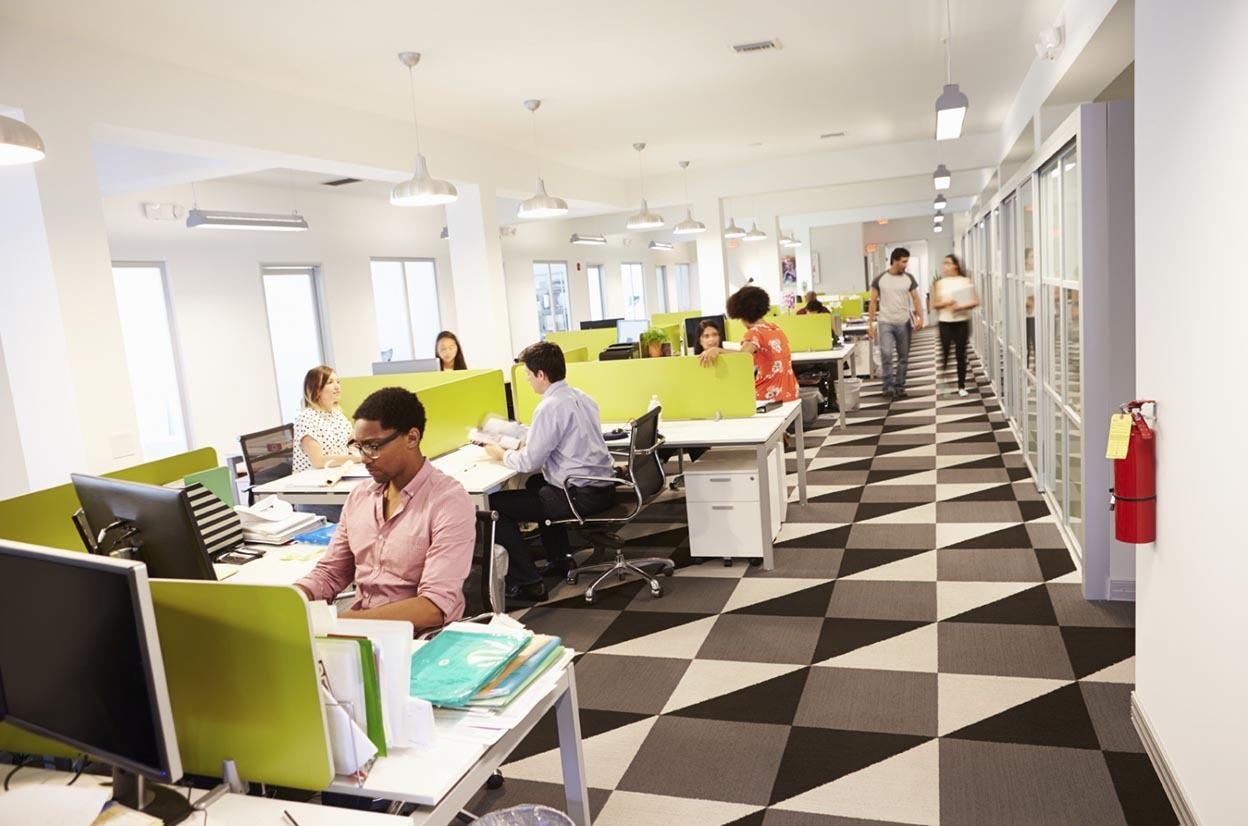 It’s a gorgeous day. You and Channing Tatum are sharing an XL tub of Häagen Dazs. The chemistry is off the charts—you are enraptured. As you laugh a bit too hard at Channing’s off-color jokes, a grating, mechanical noise grows in the background.\

Just as you lean in closer to one another, the noise triggers your lizard brain and you’re abruptly yanked back in to the real world. It’s early A.M., and your jackass neighbor woke you up by thundering by on his muffler-free motorcycle.

As you realize the Vanilla Butter Pecan Toffee was just a figment of your imagination, the hands you once hoped would cup Mr. Tatum’s firm posterior now clench with rage.

“Concentration is one of the happiest things in my life.” - Haruki Murakami

The ability to concentrate is a vital tool for ideation and invention. It opens your subconscious mind to the fruits of intense focus. I’ve lost count of the times some famous artist, successful scientist or freshly-minted entrepreneur has given praise to quiet studios and spaces that let them work without distraction.

And yet, what have we done to more than 80% of the workplaces in an “artistic” industry like creative advertising?

We’ve knocked down office walls, turned up the music and encouraged everyone to meet face-to-face more often. This has created an environment where too many things are buzzing around. Better concentration could mean another zero added to a contract total, or a tighter, funnier line inserted into a commercial script

These moving parts are stimulus your brain has to deal with while trying to stay on task. For instance, this post is being written in an open office. My senses are bombarded by the following:

Some say there is camaraderie built by the open office environment, but a study by The New Yorker reveals that benefit simply masks negative work performance. People are more likely to get other people sick in an open office. Work flow is interrupted at a higher rate. The whole thing is an ugly mess that stems from tricking ourselves into thinking it’s good just because it looks cool. Like Kesha.

It’s obvious people want to get away from the open office. In an impromptu, unscientific, practically invalid survey of 1/3 of i.d.e.a. employees, I discovered the following: 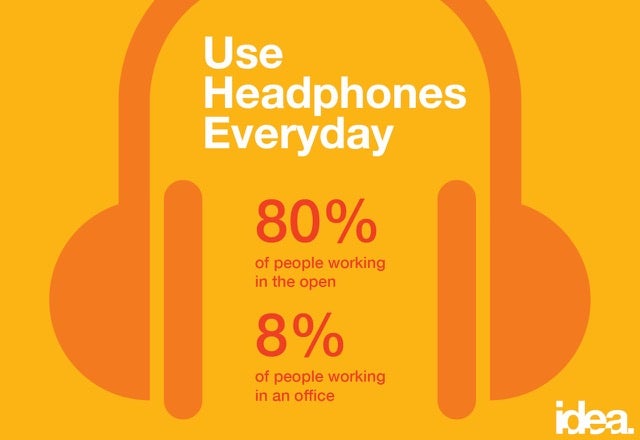 People out in the open are 10x more likely to wear headphones than folks with their own office. People want to escape to a spot where the only sound is the voice in their mind. I’m sure sellers of noise-canceling headphones are loving what we’ve done to ourselves. They are Scrooge McDuck-ing their profits.

An open office does not deliver what its promoters tout. It creates commotion much like the Harley rider—ramrodding past your ear-balls and t-boning your brain. It keeps you from focusing on the issue at hand, and instead forces you to hear about someone’s second-night shenanigans at Stagecoach.

This doesn’t mean we need to move backward and embrace the giant corner office of the past. How about small, quiet, individual rooms that line the perimeter of an open, public space? Almost like a coffee shop environment surrounded by “escape pods.”

I love the people I work with. They might even love me back. But we all need some time to think to ourselves. Down with the open office.

How do you like the layout of your workplace?