What Pride Month Can Teach Us About Coming Out 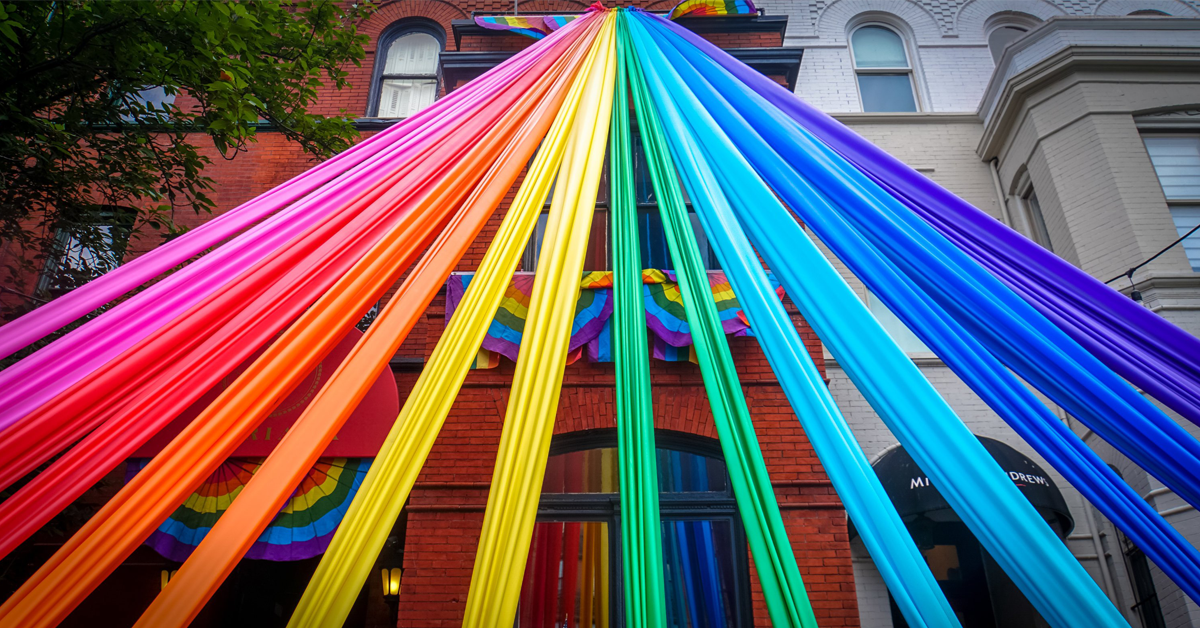 Before my tentative migration to the ‘burbs, for the lore of better schools and bigger backyards, I lived in San Diego’s awesomely eclectic and mostly gay neighbor of Hillcrest. I rented a musty bottom unit in an old split level just a few blocks off Balboa Park. As I ran the park every morning, it quickly became a living calendar, marking the swap of seasons and arrival of holidays. In the fall, the skeletons and scaffolding of Haunted Trail appeared, then Christmas on the Prado, also nice with the bewildered kids ogling lights and parents doting on the cuteness. But it wasn’t until the weather warmed and the year turned and the cavalcade of rainbowed motorhomes rumbled in along with the glittered floats, that Hillcrest, and downtown, truly came alive.  Gay Pride (now LGBTQ+ Pride) had arrived and with it, a communal electricity and excitement I’d never seen as a girl weaned on the vanilla cake of a traditional family milieu.

LGBTQ+ Pride—and what is now a month-long activist celebration— was a protest long before it was a parade. On June 28, 1969, New York City police raided the Stonewall Inn, a safe-haven and lively bar for the gay, lesbian, and transgender community. It wasn’t the first raid on a gay establishment, but it would be the first time patrons decided not to stand by as witnesses to the stranglehold of repression. Transgender woman and activist Marsha P. Johnson launched the first brick, kicking off the modern LGBTQ+ rights movement.

Since then, the world has been a brighter place. Umm, not exactly, but the unity engendered by Pride month is palpable. The celebratory fearlessness from coast to coast and around the world right now (July if you’re in Hillcrest and want to partake in one of the largest celebrations in the county) is something to behold, for what it means to the LGBTQ+ community at large, but also for the hope it infuses into a world in post-pandemic recovery. As people and particularly as marketers, it’s exactly the emotional kick-in-the-butt we need.

According to Harvard Business Review’s “10 Truths About Marketing After the Pandemic,” with this past year of epic change, came new rules for EVERYTHING, including marketing. How quickly we adopt these truths may ultimately determine success.  For instance, #1 old truth: “Marketing begins with knowing your customer.”  New truth: “Marketing begins with knowing your customer segment.”  In other words, don’t sell two shoes to a centipede. Another good one. Old truth: “Relationships matter.” New truth: “Relationships are everything.”

Last year we blew out candles over Zoom calls. We held workplace happy hours over the shrieks of stir-crazy kids. We made do with graduations feted from cars. We hugged only those we were locked down with and jeez, enough already. It was a try-hard year, a year that frankly felt manufactured at best and apocalyptic at worst. For everything once visceral and vibrant, a very dull alternative was born. If last year was the year of false face, this is the year of keep it real.

As we emerge, the onus is on marketers to deliver for the times and speak a language not of looking back, but of marching forward. To be prepared to throw the first brick at any old habits that speak to “selling” over “connecting.”

Certainly, emerging from a year in lockdown is no equal to overcoming systemic injustice and inequality that’s been in the works, well, since forever, but as marketers, let’s embrace the vitality of the movement. Let’s model the resiliency the LGBTQ+ community represents. Let’s stand by what the flag’s colors really mean: red is life, orange is healing, yellow is sunlight, green is nature, turquoise is magic and art, royal blue is serenity, and violet is spirit.

Pride month you are perfectly timed to pave the way for absolute authenticity, for speaking to what matters to people who’ve endured.  For that, among many things, we thank you.